On the local level, the White Plains City Democratic Committee works to elect Democrats to all levels of government and to lobby for positions that we believe the Democratic party should espouse.

The local party is led by the City Committee Chair. We have been lucky to have been served by a series of dynamic and creative chairs, some of whom remain active in the party. Past chairs including Bill Bradley, Jack Robbins, former Human Rights Commission Executive Director Alison Greene, former Council Member Mary Ann Keenan, and Council Member Bob Greer (now deceased).

The White Plains City Democratic Committee was most recently led by the Honorable Elizabeth Shollenberger, newly appointed White Plains City Court Judge.  Sadly, Elizabeth passed away on September 5th of this year.  We will honor her memory and legacy at a memorial service to be held on Sunday, November 24, 2019.  Please RSVP for the memorial service and the dinner afterwards by contacting Tim James at [email protected] or calling (914) 681-1576. 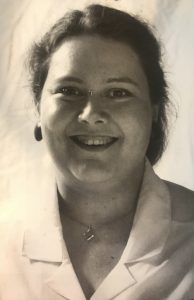 The party and its members have contributed greatly to the White Plains community. Each year, the local party has awarded White Plains residents with service awards, honoring the memory of great Democrats who preceded us.

The Ted Benjamin Award is presented to a resident who has made an outstanding civic contribution. The person for whom the award is named, Ted Benjamin, a publisher by profession, was an early White Plains Democratic activist. He championed the preservation of open space in our growing city and served as the Chair of the Open Space Committee for the original Comprehensive Plan Committee.  The 2018 Ted Benjamin Award was presented to Isabel Villar.

The Marilyn Stagg Award is presented to a resident who has made an outstanding contribution to the party. The person for whom the award is named, Marilyn Stagg, a designer by profession, was an early White Plains Democratic activist. A woman with endless energy and amazing organizational skills, she was a major architect in building the local party structure that serves us well to this day.  The 2018 Marilyn Stagg Award was presented to Ida Stewart.

To learn more about the Democratic party, you may want to visit the State Party website at www.nydems.org or the Democratic National Committee Website.